To share your memory on the wall of Robert Schwarz, sign in using one of the following options:

Provide comfort for the family of Robert Schwarz with a meaningful gesture of sympathy.

Robert C. Schwarz, 88 of Manchester Twp. Passed away on Tuesday, May 28, 2019. Born in Newark, the son of Emil and Ida (Smith) Schwarz, he lived in Plantsville, CT, Bridgewater and Nutley prior to moving to Manchester Twp. 9 years ago.

Prior to his retirement, Robert worked for Koppers Inc. in Pittsburg, PA as a salesman. He was a proud Army Veteran of the Korean War; he was member of the Veteran’s Club of Leisure Knoll in Manchester, a graduate of Rutgers University in Newark and a former member of the Masonic Lodge.

The beloved husband of the late, Doris May (Hartdorn) Schwarz, he is survived by his loving sons, Kevin C. Schwarz and his wife, Anna (DeFranco) and Steven R. Schwarz and his wife, Deirdre; 5 grandchildren, Denise Santos and her husband, Roger, Jennifer Adamski and her husband, David, Kimberly, Matthew and Alanna Schwarz; and his 5 great-grandchildren, Stephanie, Rogerio and Sergio Santos and Matthew and Justin Adamski.
Along with his parents, Robert was also predeceased by his brother, Richard.

Visitors will be received at the funeral home on Sunday from 3-7 p.m.
Read Less

Receive notifications about information and event scheduling for Robert

The insignias listed here may be subject to copyright and / or trademarked. Those copyrights and trademarks are owned by the respective organizations.

We encourage you to share your most beloved memories of Robert here, so that the family and other loved ones can always see it. You can upload cherished photographs, or share your favorite stories, and can even comment on those shared by others.

Posted Jun 01, 2019 at 08:33am
The Schwarz Family. Our Deepest Condolences. The DeFranco Family

Flowers were purchased for the family of Robert Schwarz.

Scott and Barb Stover purchased flowers for the family of Robert Schwarz.

Brian Rogers and the JLL Team

Brian Rogers and the JLL Team purchased flowers for the family of Robert Schwarz.

Posted May 30, 2019 at 12:20pm
Sincere sympathy to All of Bob's family.
We were neighbors and friends of Bob and Doris's form many years on Funston Place.
Comment Share
Share via: 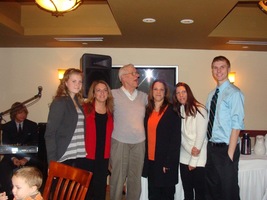 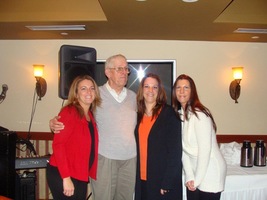