To share your memory on the wall of James Caufield, sign in using one of the following options:

Provide comfort for the family of James Caufield with a meaningful gesture of sympathy.

James A. Caufield, 67, of Nutley passed away on Thursday, August 22, 2019. Born in Newark, James was the third son of Robert and Eleanor Caufield. He was a graduate of Sacred Heart, Essex Catholic and Seton Hall U... Read More
Loving Son and Brother

James A. Caufield, 67, of Nutley passed away on Thursday, August 22, 2019. Born in Newark, James was the third son of Robert and Eleanor Caufield. He was a graduate of Sacred Heart, Essex Catholic and Seton Hall University in South Orange. James worked for the Veterans Administration before retiring as a computer programmer for the IRS.

James is survived by his loving sisters Kathy Adinolfo and her husband, Robert, Patty Rooney and her husband, Paul; a sister in law, Judy and his brothers, Bobby and his wife, Chris, and Eddie and his wife, Eileen. He also leaves behind 3 loving nieces Kelly, Nicole and Casey and 4 nephews Robert, Eddie, Ricky and Ryan. James is also survived by his companion, Janet Moore and her, son Troy.
Along with his parents he was predeceased by his brothers Michael and Richard and niece Kathleen.

The interment will follow at Gate of Heaven in East Hanover

Visitors will be received at the S.W. Brown & Son Funeral Home 267 Centre St., Nutley on Wednesday from 9-11 a.m.
Read Less

To plant a memorial tree in honor of James A. Caufield, please visit our Heartfelt Sympathies Store.

Receive notifications about information and event scheduling for James

We encourage you to share your most beloved memories of James here, so that the family and other loved ones can always see it. You can upload cherished photographs, or share your favorite stories, and can even comment on those shared by others. 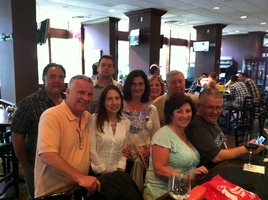